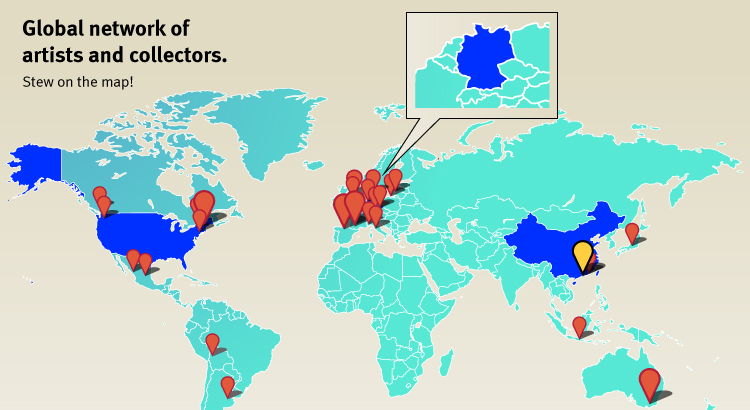 Even in an age of broadband internet and far-flung travel, we don’t really know what life is like around the world, we have become “globalized provincials”. We think art can give authentic snippets of life in places that you’ve only seen in wallpapers and on Wikipedia. Did you know of the fantastic underground comic book art scene in Bolivia? Have you seen the introspective and sophisticated paintings from Poland? What about the playful and sensual illustrations coming out of Indonesia?

Our most satisfying role is to promote the discovery of art and community in unexpected regions around the world. We believe art has the unique ability to connect two people across the globe that have the same ideals and values in life. Take a trip around the world! Evil Under the Sun
by Marco Tóxico from La Paz, Bolivia Oh so delicious
by Ann-Kathrin Nikolov from Cologne, Germany Escape to Reality
by Michele Guidarini from Grosseto, Italy Waking Up
by Jennifer Parks from Vancouver, Canada