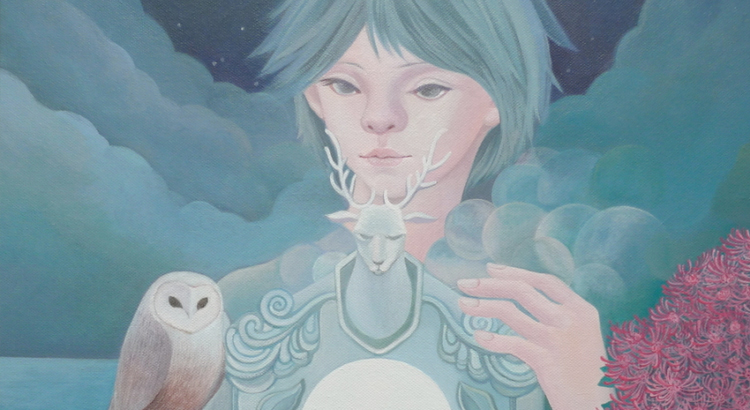 Emily Lau‘s works retain fascination because they are polycausal — they are densely packed — like a conglomeration of different attractions. Complexity has become Emily’s hallmark ever since she moved to France. Her new works escape logic and commonsense and enters a world of childhood visions and dreams. The Night is a knockout! It’s like a mischmasch of late night fairy tales through the eyes of a theatrical set designer, a mélange of metaphors that are both enchanting and melancholic.